A: Jenny, how is your new job?

B: Not bad, I have been working for a month, the first time I got my wages today, I feel good.

A: How are your bosses and co-workers to you?

B: okay, now the workload is not too much, the boss and colleagues are very care for me, I slowly learn it!

A: Oh, yes, the first time you get paid, how are you going to use?

B: I’m going to ask the whole family to travel for three days.

A: That sounds great!

It does not matter

9. You are welcome / do not hesitate

B: of course, like to eat, sushi, sashimi are what I love to eat, oh, yes, also Japanese ramen.

A: Have you ever been to Japan?

B: Not yet, really want to go to Japan to see.

A: I have not been too, I wonder how different is to eat Japanese food in Japan and what is different in Hong Kong?

B: I think Japan is more authentic, fresh ingredients!

B: I think it should be!

A: Do you love snacks in Hong Kong?

B: love to eat, the favorite is the egg tarts.

A: Why do you love egg tarts?

B: Before you eat, you can smell it’s fragrant, when you eat, taste is so good ah!

B: Yesterday I ate three. Haha! 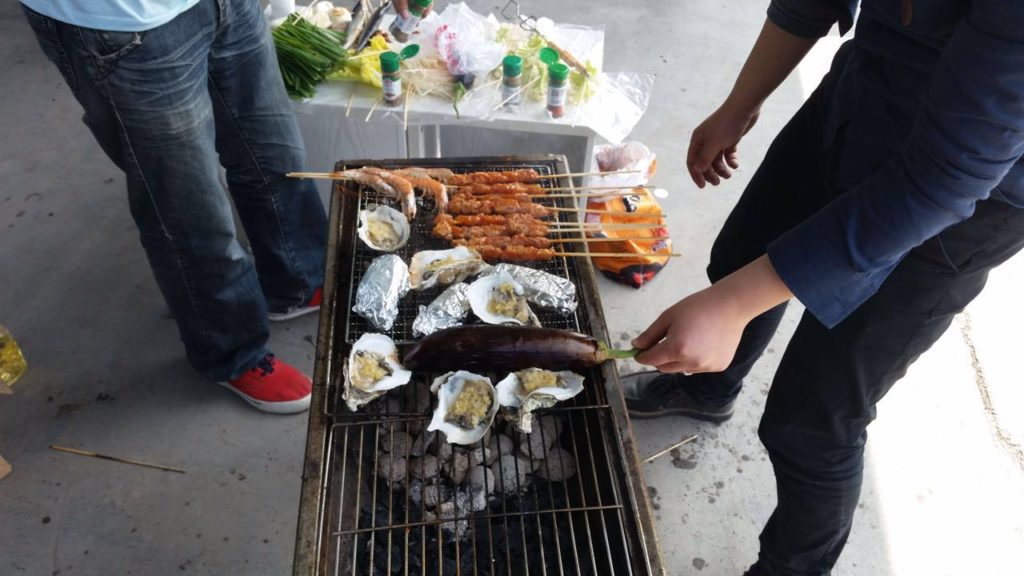 A: Xiao Li, how did the barbecue last week feel like?

B: very good, ate something good but also know a lot of new friends.

A: Did you know a few friends?

A: great, to get to know more friends are good for us.

B: Yes, the next time we have the activities, can I go with you?

A: Xiao Li, Have you been attended any activities recently?

B: recently too busy, every day work overtime to 8 or 9 o’clock,  how can I participate in activities!

A: What about weekend? Do you have to go to work on weekends?

B: do not have to be on weekends, but it feels like you are tired for a week and do not want to go anywhere.

A: I understand you very much, but how can you make a new friend then? Oh Yeah! there’s a barbecue next Sunday. Shall we go together?

B: ah! Okay Send me the time and the address! 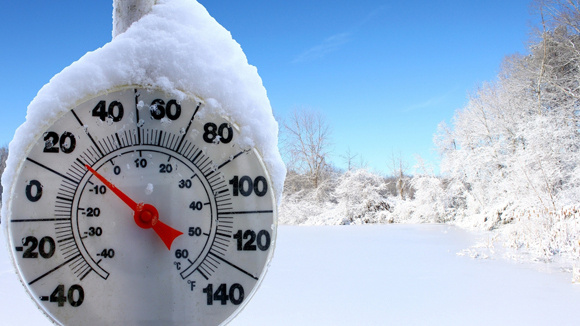 B: Yes! So many of my friends caught a cold.

A: You have to be careful, do not be infected.

A: Xiao Li, I want to learn to drive for a long time, you can teach me to drive this weekend?

B: Of course you can! Why do you want to learn to drive?

A: Actually, I want to study for a long time, because there are too many people in the subway, I do not want to squeeze with people, and I want to drive to work.

B: you can see there are also a lot of people driving in Beijing ah, the road is also very blocked ah.

A: Yes, but I still want to learn to drive, will be driving the weekend when you can drive with some friends to play.

B: That’s it. Okay, I will see you this weekend!

A: Master, is this car to the zoo?

A: How long will it take from here to the zoo?

A: How much is the ticket?

A: Thank you master.

Widely Spoken Language In The World 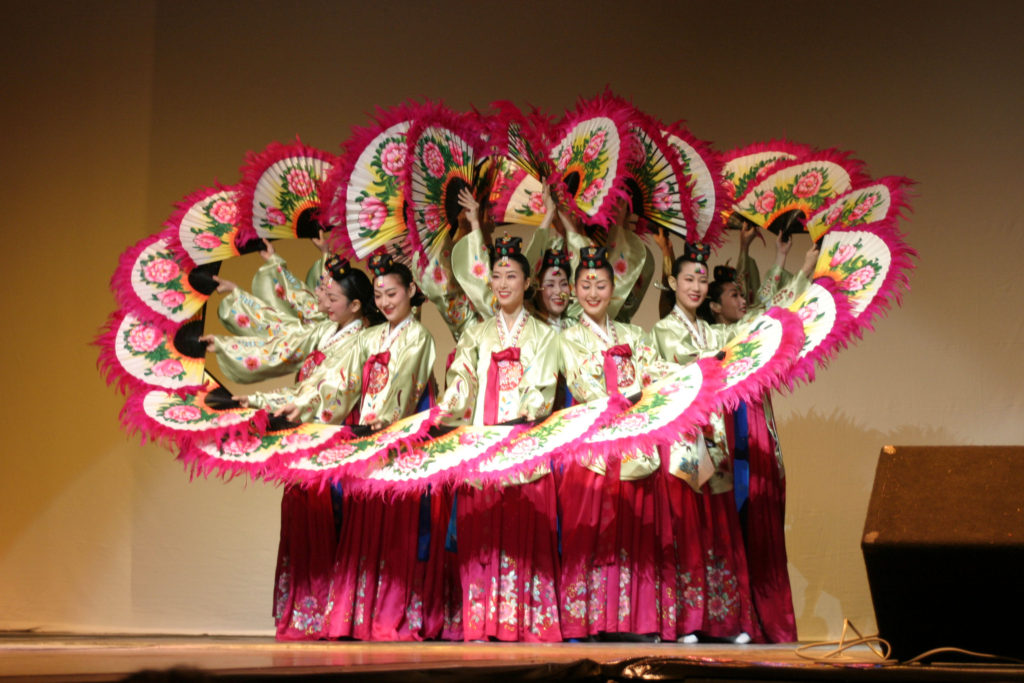 The language Korean, is the sixteenth most widely spoken language in the world, it’s spoken by 78 million people and more. The number of those learning and studying the language Korean, has remarkably increased in the past decades beyond the Korean peninsula and communities overseas, a growth due to South Korea’s increasingly visible roles in the technological innovation, world economy, and global popular culture. The phonetics and grammar of Korean are quite different from most European languages. The Korean alphabet, Hangeul or Hangul, was invented by King Sejong in the 15th century. Hangul is a phonetic alphabet consisting of 24 letters and is very easy to read and write. Korean language has many other interesting cultural and linguistic features, which includes honorific expressions, multiple speech levels, and different particles indicating grammatical relations in a sentence. 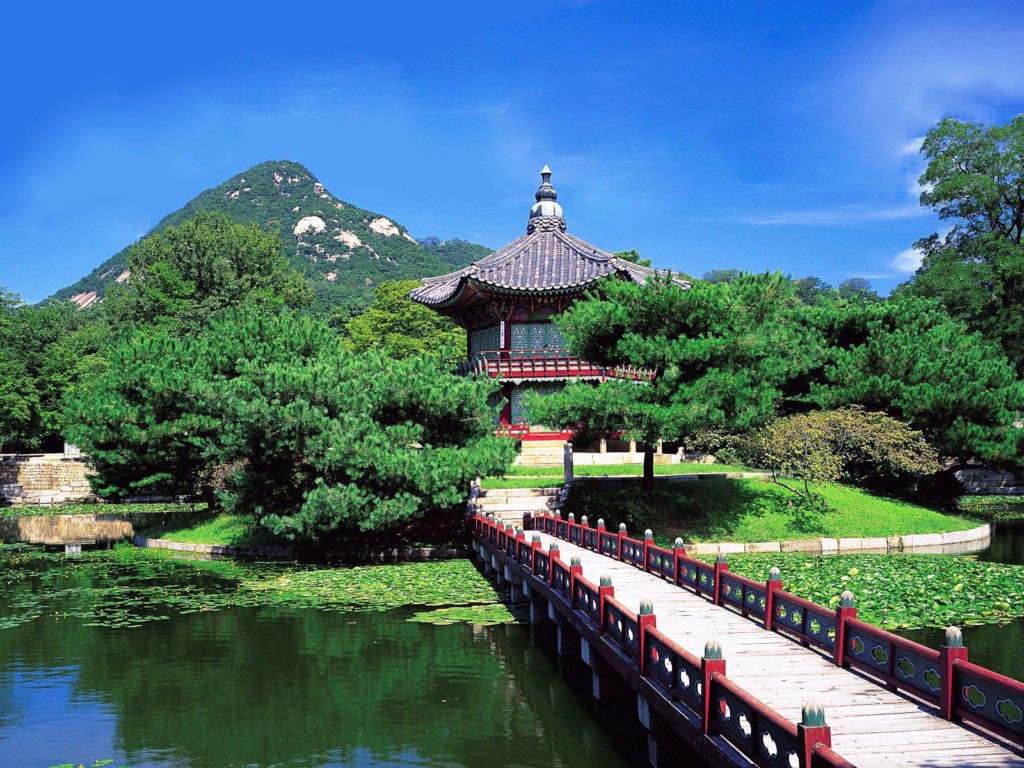 If you ask people ‘Why study Korean?’ or “Why learn Korean?” the answers will vary: Some might learn for professional reasons, some because they love K-pop, some because they need to communicate with Korean families or friends, while others actually live in Korea and feel it would be more useful to speak Korean than rely on English all the time. Irrespective of what your reason may be, and despite how impossible it may seem, so long as you have a clear-cut idea of what you want to achieve and apply some constructive motivation, you will succeed. 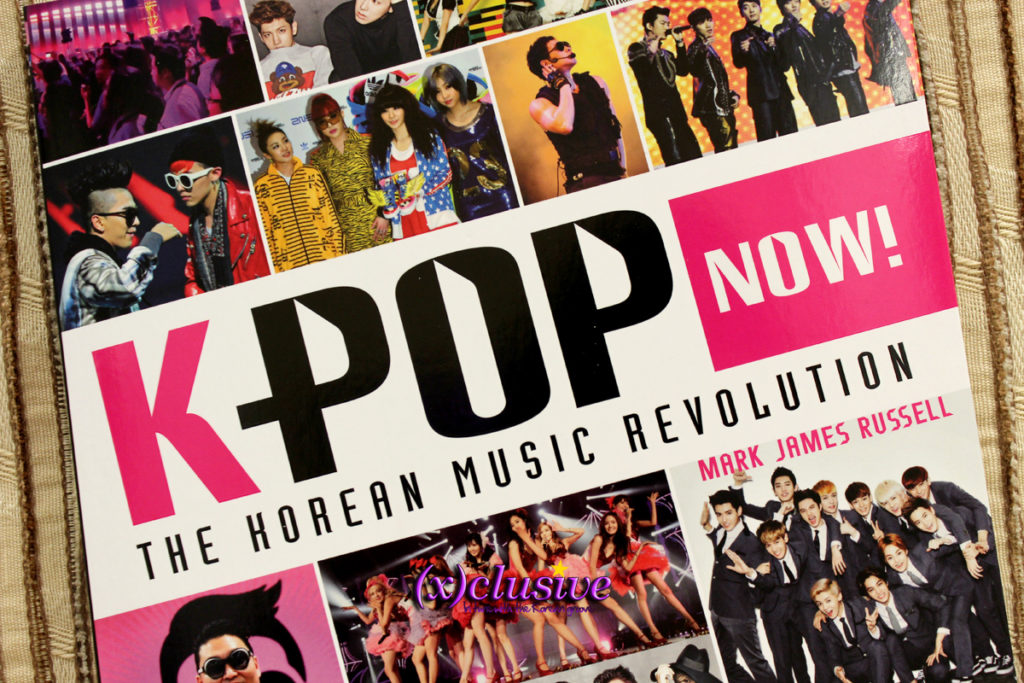 Everyone learns an incredible number of new things every day with some things being easier and quicker to study and learn than others, and some more complicated that could take years of studying and practice. For certain things, such as riding a bike, using a camera or making scrambled eggs, the required learning period’s fairly short. A person, studies photography because they want to take some pictures. Why would a person spend time learning how to ride a bike? Perhaps getting from place to place more quickly than walking is a priority. Why learn how to cook scrambled eggs? Perhaps a fellow in the family wants to eat them for breakfast. Although it’s impossible to learn or study any of these without some sort of learning process, the purpose is simple and crystal clear.

Applying the same principle to studying a course or language may be of some advantage, if you have a clear vision in mind for studying. However, the process is much complicated than learning to ride a bike, and the required effort and time is much greater, but the task becomes more manageable if the main goal, is broken into small chunks, otherwise known as short-term goals.

When it comes to foreign language studies, majority of students choose to learn French, German, or Spanish before considering the option of learning an Asian language. When they think about Asian languages, they’d choose Japanese or Chinese first, and then maybe Korean as a distant third. This is quite unfortunate, because there are many reasons or benefits to learn the Korean language. Some of which have been listed below.

If you interact with Korean speaking people at work, then studying Korean will make you a valuable asset to your company. With companies like LG, Hyundai, and Samsung, Korea has the 13th largest economy in the world.
If and when your company intends to expand into Korea’s dynamic economy, your knowledge of the Korean language would put you at the fore-front in an incredibly competitive and challenging market. Studying Korean can also help you strengthen your personal relationships with Korean speaking friends or loved ones. Friends will appreciate your effort in learn a new language, and they’ll be excited to help you improve. Being able to speak Korean, even a little can help you break the ice with professional colleagues and new friends.

2. The Korean language is growing in popularity.

According to Boston University, the language Korean, is the sixteenth most widely spoken language in the world, it’s spoken by 78 million people and more. South Korea, has become a bigger player in the world economy, thanks to its innovation in technology and popular culture, the study or learning of Korean has been on the rise. Young adults recognize the growing opportunities in Korea and adopt the language to give themselves a leg up over competitors. 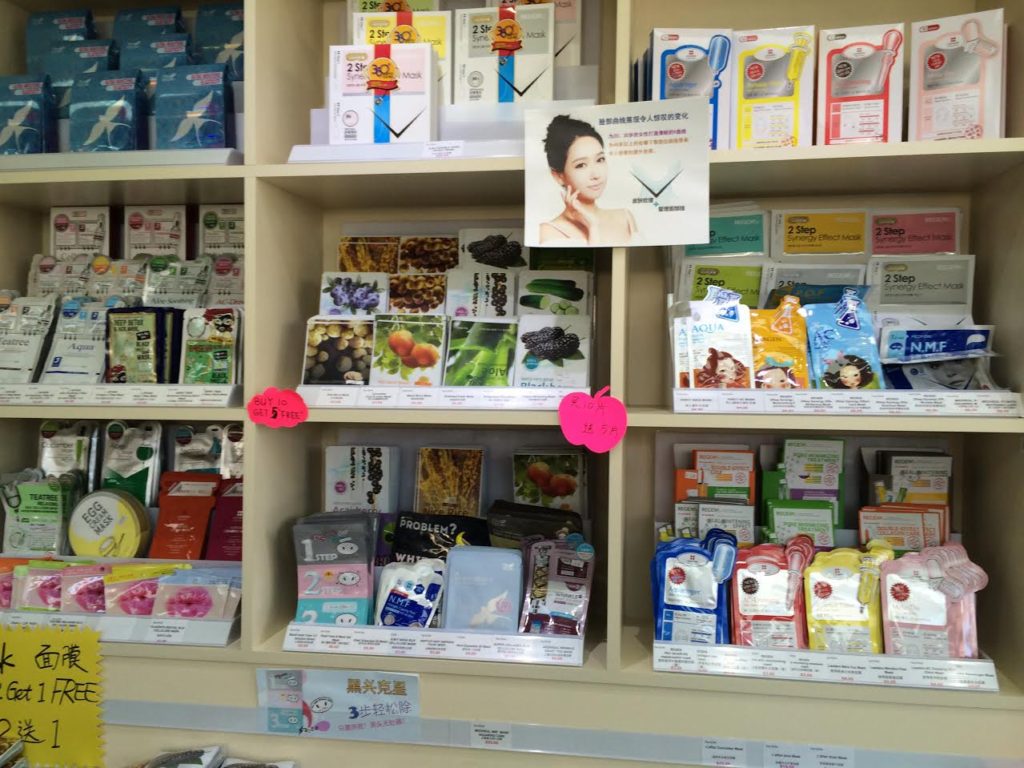 Believe it or not, the mere fact that you speak Korean could enable you help someone else. Peradventure you come across Korean-speaking people in your country of residence, you can use your language skills to bridge the cultural gap, and be of help to someone else learning English. Helping someone in learning a new language is a fantastic way to achieve a positive influence in someone else’s life. You can assist a Korean speaker in improving his or her relationship with English-speaking colleagues, or assist him or her in understanding difficult aspects of the English language.

One of the major reasons people choose to study Korean is because they’re familiar with some Korean exports like TV shows, movies and songs. Perhaps you watched Park Chan-wook’s “Old boy” film, and it sparked your interest in Korean cinema or a friend introduced you to some K-Pop artists like PSY, Big Bang or Girls Generation and now you need to know the lyrics to the songs on you’ve got on your playlist. Whatever piqued your interest in Korean culture, studying the Korean language could help gain more than a superficial understanding of your Korean songs or TV shows.

There are many benefits to achieve studying a second language and being bilingual, stimulates intellectual growth, enhancing mental development. Studying a new language helps stimulate your mind, which keeps the brain active and healthy. If you intend to be bilingual, then you should consider studying Korean. Some people are able to study and read Hangeul fairly quickly. Once you’ve understood the basic Hangeul, you’ll be able to pick up Korean vocabulary and comprehension will continue to grow. 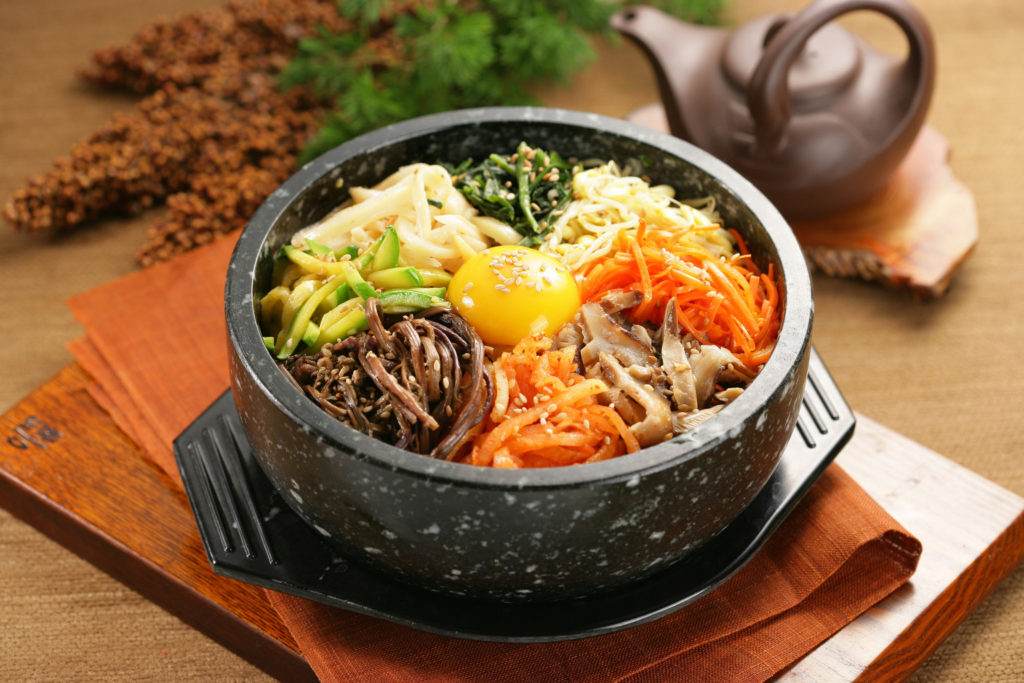 If you are planning to travel, live or work in Korea, then you should definitely put some effort into studying the language. It doesn’t matter if you are staying for a week or months, studying Korean can help you find your way around, helping you adapt to the culture and society. You’ll be able to communicate with tour guides, locals, and business owners, which would let you have a better overall experience in Korea. Plus, you’ll feel more comfortable in a foreign land if you’re able to understand the native language.

7. The alphabet is easy to learn and made up of smaller, single-syllable words.

The Korean alphabet Hangul, is a phonetic alphabet consisting of 24 letters and is very easy to read and write. According to The Mezzofanti-Guild, unlike Japanese and Chinese, it is not character based and is written from left to right with a unique way or format of organizing its letters into syllables where consonants and vowels are neatly arranged. Korean phonetics are easily assimilated by English speakers. Unlike Hebrew and Arabic, there’re no guttural sounds. Also, there are no tones compared to other East Asian languages. General, Korean is usually pronounced exactly the way it is written, which is simple and easy when compared to English, which contains many words that sound nothing like they appear.

Many compound Korean words (most especially those derived from Chinese) are made of single-syllable words and you can usually make a rough guess at its meaning if you can recognize them. And if you’re already familiar with Mandarin Chinese, it will be even easier to study these words in Korean.